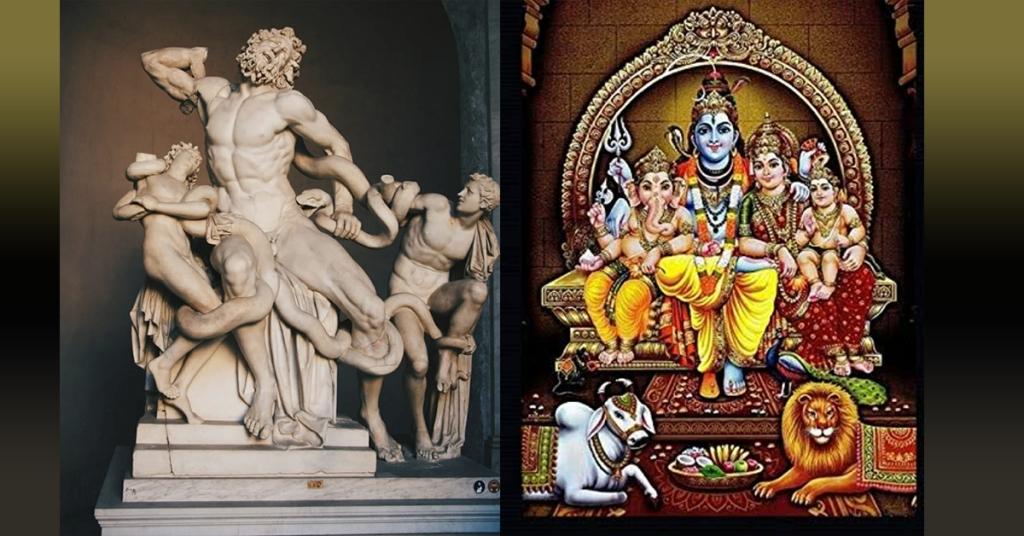 If one goes into the depth of Greek and Hindu Mythological Stories one would find a lot of similarities. There are many parallel points between the two Mythologies. For this article, I have picked the point about the STRAINED RELATIONSHIPS OF PARENTS WITH THEIR CHILDREN.

In Mythologies, it is very common to see SON’S KILLING THEIR FATHERS. Let us take Greek Mythology and Mythological stories first into consideration for this. If we take Zeus- the most powerful of the Greek God into consideration. He is the ruler of Mount Olympus. His relation with his son Hercules could be termed as a STRUGGLE BETWEEN OLDER AND YOUNGER GENERATIONS. And at times in this FATHER – SON CONFLICT, the chain reaction of their dispute is completed when the sons kill their fathers.

If Compared to Hindu Mythology and Mythological stories, one would notice this same common strained Father-Son relationships being very

common. Take the example of the most powerful Hindu God Shiva and the relationship with his son Ganesha, here, we can see Lord Shiva in his anger had cut Lord Ganesha’s head.

HERACLES OF Greek Mythology, AND IN ROMAN MYTHOLOGY CALLED HERCULES. – Is an important figure in both the mythologies. HERCULES WAS THE SON OF ZEUS. Born a demi-god with incredible strength and stamina. He performed amazing feat including wrestling, death and travelling to the underworld. His life wasn’t easy from the moment of his birth and his relationship with others was often very disastrous. We must take into consideration the Greek Mythology and Mythological Stories of Heracles to understand him better. He was the grandson of Perseus and the son of Zeus and Alcmene (see Amphitryon). Zeus swore that the next son born to the Perseid family would rule Greece, but the sickly Eurystheus was born first and became king, thanks to a trick devised by Zeus’s jealous wife, Hera- {Hera served as both the patroness and protectress of married women, presiding over weddings and blessing marital unions}- In Greek Mythology and Mythological stories she is also called QUEEN OF GODS. She tried her level best to make Hercules life difficult. THE STEPMOTHER MAKING THE SON’S LIFE DIFFICULT.

To share Hercules struggles, we must take into account the Greek Mythological Stories webbed around him- Even before he was born, Hercules had enemies. Hera, Zeus’s wife, became enraged when she learned that her husband’s mistress was pregnant. She used her supernatural abilities to prevent the infant Hercules from becoming the ruler of Mycenae. Hera, then sent two snakes to kill Hercules

in his crib when he was born. Hercules as a child was usually strong and

fearless. Hera, on the other hand, kept her dirty tricks. When her stepchild was a teenager, she cast a spell on him that quickly drove him crazy and caused him to kill his beloved spouse and their two children. Guilty and heartbroken, Hercules sought out the Greek god of truth and healing (and another of Zeus’s sons) and begged to be punished for his actions.

Hercules was raised by Amphitryon and Alcmene, the king and queen who were cousins and grandchildren of Zeus’ son Perseus. But, as per the Greek Mythological stories, Heracles’ biological father was Zeus himself.

To understand the real-life of Hercules, we have to understand Zeus in GreekMythology and mythological stories. Zeus, on the other hand, had other ideas. He wanted a son who would protect gods and men from destruction, so he chose Alcmene- {a mortal princess, the granddaughter of Perseus and Andromeda } She was “neat-ankled.” While Amphitryon, her husband, – {Amphitryon was the son of Alcaeus in Greek mythology, king of Tiryns. He was a general in Thebes, who married Alcmene, daughter of Electryon, king of Mycenae was away} Zeus pretended to be Amphitryon and seduced Alcmene for three nights, resulting in the birth of Heracles. Amphitryon

came back on the third night to see his woman, conceiving a completely human kid, Iphicles.

Zeus cheated on Hera his wife who was in Greek Mythology and Mythological Stories the deity of weddings, ironically, her husband repeatedly cheated on her. She was also the mother to several of his kids. She reflected her anger by being cruel to his kids. Now, was she justified? Would a woman betrayed by her man done the same thing?

In the Greek mythological stories and Greek mythology, there is a belief- [The Lion of Nemea] First, Apollo sent Hercules to the Nemean hills to slay a lion that was terrorizing the locals. But then how does it link to the strained relationship of Zeus and Hercules. In some of the Greek Mythological Stories and Mythology, there is a belief that Zeus fathered this mythical beast. And it was Hercules who strangled the lion after trapping it in its den.

As per Hindu Mythology and Mythological Stories, we’re all attentive to the wrath, the ‘destroyer of the world’, Shiva is capable of. However, beheading his son? As per Hindu mythology and mythological story, Parvati ordered her son to protect the doorway where she was bathing, he denied Shiva entry inside as his mother was bathing. Lord

Shiva in a fit of anger beheaded his son. The grief-stricken Hindu Goddess begged her husband to reinstate life into her son’s headless body. As per Hindu Mythology and Mythological Story placed an elephant head on the son’s body.

Lord Ram and The Strained Relationship with His Sons.

As per Hindu mythology and Mythological Stories, Valmiki Ramayan, Goddess Sita’s character was questioned that she had an extramarital affair. Her sons Luv and Kush encountered their father Lord Ram in a battle. It was only then he realized that the two boys were his sons.

Conclusion– Whether it is Greek Mythology or Hindu Mythology – Or as a matter of facts our own lives the strained parent-child relationship can be seen in any of these mythological stories. Who is at fault the child or the parent? Or no one and it just circumstantial? The struggles can be seen in all these relationships. EVEN OUR GODS HAD TROUBLED LIVES.

0 Replies to “ARE THERE AY SIMILARITES BETWEEN GREEK AND HINDU MYTHOLOGY?” 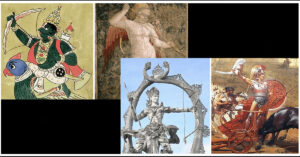 ARE THE GREEK GODS HINDU GODS? 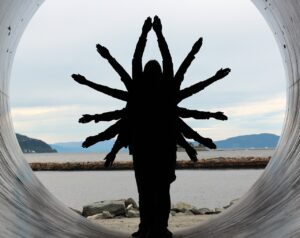 HAS GREEK MYTHOLOGY COME FROM HINDUISM? IS THE DREADED GREEK GODDESS HECATE, IN REALITY, THE HINDU GODDESS KALI OR IS KALI HECATE?