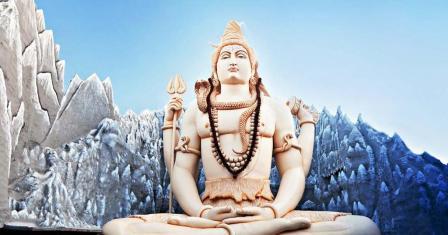 In Indian Mythology and Mythological Stories, the Hindu God Shiva is the most controversial. “Where did he come from?”  “Who is he?” They are not just questions but questions with more mysterious answers.

But what would seek my attention is the topic – Is Corona significant of Lord Shiva opening his third eye?

As a tween, my grandmother always scared me that when Shiva would open his third eye, oceans would yell, mountains would screech, and the earth would shriek. But for me as a child, his photographs on temple walls, with his whole powerful third eye in the centre of his forehead, appeared just like a rice grain. Perhaps stuck there.

Later, books taught me that this very rice grain was the pineal gland. And it is as controversial as Shiva himself.

If my grandmother had been alive, she would have called it the “RUNWAY OF THE SOUL.” It is here on this very airstrip, where the Boeing 777 of our soul takes off from this earth to meet its spiritual self. In simpler terms, when your third eye opens, you become enlightened. “IT IS THE THRONE OF THE SOUL.”

It was Lord Shiva’s third eye that I feared as a child. Passing my preteen years with the nightmare that tomorrow might be when Lord Shiva would be angry and open his third eye. As a child, I would be very excited; maybe at that age, I thought it would be the beginning of an Alice in Wonderland adventure.

If my grandmother had read this, she would have probably broken every plate in my kitchen. For her, Lord Shiva’s third eye meant the power to see the past, present, and future. That means he could see the world through his closed eye with his brain’s power, which was fuelled by meditation. This is how she wanted to believe it.

Here, I would like to share a story my grandmother told me. This story added all the sparks to my anticipated excitement.

She asked me, “Do you know what had happened when Shiva had opened his third eye once?”

Seeing the situation these days, I would have answered, “Corona.”

One of the Indian Mythological Story, when Lord Shiva opened his third eye, is about- THE BIRTH OF JALANDHARA- WHO WAS AN EVIL DEMIGOD CREATED BY LORD SHIVA’S EYE.  Once Lord Indra was going to meet Lord Shiva at Mount Kailash. And a sage named Brihaspati accompanied him. Lord Shiva wanted to test him, the Hindu God Lord Indra, also the Indian God of Rain.  On their way towards Mount Kailash, they met a hermit. They did not realize that this Hermit is Lord Shiva himself. When Lord Indra enquired about the Hermit’s identity, and he did not get an answer, he attacked him. But Lord Shiva paralysed his right hand with his power. On request of the sage, he asked for the forgiving of Lord Indra. Lord Shiva agreed and diverted the power of his third eye towards the ocean. And from that energy, Jalandhara is born. Later, a battle was fought between Jalandhara and Lord Shiva.

Another Indian Mythological Story associated with Lord Shiva’s third eye is – Once Goddess Parvathi closed Lord Shiva’s eyes, and the whole world was shrouded in darkness.  Then Lord Shiva opened his third eye, and fire emanated from it, and a blind creature called Andhakasur was born. Lord Shiva gave this child to Hiranyaksha, the Daitya, a childless king of the demons.  Later, Lord Shiva fought a fierce battle with his creation, the Andhakasur.

Another Indian Mythological Story associated with the third eye was about Lord Kamadeva’s death (the God of Lust).  He hid behind a tree and shot an arrow at Shiva’s heart. He disturbed Shiva in his meditation, making him open his third eye, burnt Lord Kama to ashes.

As per Indian mythology and mythological stories, Kamadeva, the son of Brahma, the creator, is the God of desire. And the third eye of Shiva signifies rejection of desires. I guess the conflict was already there.  DESIRE VS. REJECTION.

In these Indian Mythological stories, one thing is common: Lord Shiva created whether it was Andhakasur or Jalandhara and then destroyed.

As human beings, we are always told that WE MUST GIVE UP DESIRE if we want to be realized, souls.

Why did Corona happen? What was the intention of that Supreme power? One fact we can’t ignore is that Corona brought death and destruction with it. And it conflicted with the biggest and the most important God for us humans MONEY. Economies shattered, buying power came down, THE RESULT WAS WE HAD TO CURB OUR DESIRES.

And Shiva’s third eye represents the rejection of desires. He wanted us to be humbler, to learn the profound lessons of life. ONLY BY SUFFERING, WE REALIZE THE MEANING OF PAIN.

Lord Shiva himself had understood pain very well. For him, the object of desire (Sati) when it went away, and he opened his third eye to counter the rage and to defeat the sorrow, and he understood that DESIRE IS THE DOORWAY TO HELL.

Conclusion- We should take Corona as a lesson of life. That life itself is unpredictable. One never knows what is waiting at the corner. So, it is important to live each day with gratitude and not run after our desires.

0 Replies to “Is Corona significant of Lord Shiva Opening His Third Eye?” 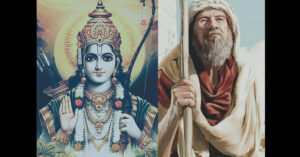 Is Ram of Valmiki Ramayana the same as Abraham of the Bible?